According to the ICR website, the ICR Hall of Fame is the most prestigious individual award in the field of Reflexology. It is bestowed upon a select group of Reflexologists who have made a significant international contribution to the world of reflexology or those whose work on the national level in their country has had an international impact or has set a universal example of service.

“It is an honor to have been selected for the ICR Hall of Fame.” stated Flocco, from Los Angeles, California, USA. He went on to say:”When Reflexologists, thirsty for more ways to help clients, heard about the ‘Flocco Method – Integrating Foot Hand Ear Reflexology’ it was a delight to be invited to teach around the world , introducing the Integration of Foot Hand Ear Reflexology to practitioners from many countries. He went on to say, “As a result of the PMS Reflexology Research Study conducted at my school, published December 1993 in Obstetrics & Gynecology, being the first randomized controlled Reflexology Research published in scientific literature , I was often asked, “Where can we find more information about Reflexology Research?” Flocco gathered Reflexology Research from many countries, and, with the help of colleagues, brought the world and ICR the Research Analysis Document (RAD)so that this massive amount of Reflexology Research is now available to everyone on earth. Flocco also brought into fruition World Reflexology Week.  Flocco concluded by saying, “Thank you to the ICR Board of Directors for the honor of being inducted into the International Council of Reflexologists Hall of Fame.” 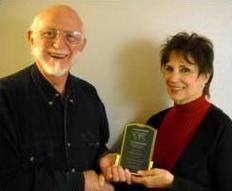 Shortly after the International Council of Reflexologists (ICR) Conference in Cape Town, South Africa, Christine Issel, during a business trip to Los Angeles, met up with Bill Flocco. During the meeting, Chris presented Bill with the ICR Hall of Fame trophy. 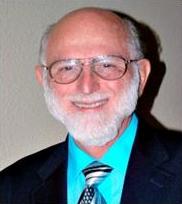 During the same conference Christine Issel from Northern California, USA was also inducted into the ICR Hall of Fame. Christine Issel’s involvement with reflexology began when reflexology helped her with a health problem and now spans more than forty years. With her extensive background in the field she consults and lectures on all aspects reflexology from curriculum development to techniques to research and the history of this most powerful discipline. She acts as the legislative consultant for the American Reflexology Certification Board and the Reflexology Association of America. 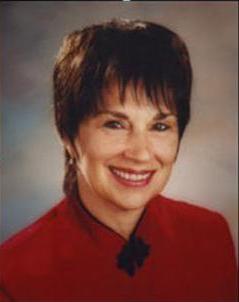 Christine is the author of:
1. Reflexology: Art, Science & History.
While Christine has written extensively on the history of reflexology, including the biography of Eunice Ingham
2. Eunice Ingham: A Biography and Her Legacy of Reflexology
she has also looked to the future with Sandi Rogers, in their work,
3. Reflexognosy: A Shift in Paradigm.
In addition she is the publisher of Ingham’s last public lecture,
4. Stories the Feet Are Telling.

“It has been my good fortune to have helped guide the field this far and bring reflexologists together near and far” said Issel.  She continued, “The challenges, hard work, and creativity over the years have been fantastic. Through volunteering I have experienced a great deal of personal growth and joy, along with friendships around the world. It has improved my own health and the health of so many others. It is an honor to be part of the most powerful healing discipline there is. It has been my experience that reflexology will change your life whether you are the client or the practitioner. It is simple to apply yet provides dynamic results.” Issel concluded by saying, “I am deeply honored to have my name inscribed on the ICR Honor Board Hall of Fame. I feel we are all pioneers in establishing a new profession and I am very pleased to be a part of this vision. Thank you for this honor. ”

Past ICR Hall of Fame Recipients