The 25th anniversary of the founding of International Council of Reflexologists was celebrated in Sheffield, England in September. Sheffield was the perfect venue for the silver anniversary of ICR as it is the home of the Hall of the Company of Cutlers. The Company of Cutlers is one of the oldest guilds in Europe founded in 1638. The guild originally involved silversmiths and cutlery makers and had an apprentice program that could lead one to become a freeman. The group now includes metalworkers of all kinds, manufactures who ‘cut’ their product at some stage of production, steel and stainless steel producers. The Master Cutler opened the conference introducing the audience to the Guild and inviting a tour of their beautiful meeting/business Hall with beautiful silver pieces on display. There was also a free museum adjacent to the venue where one could view beautiful works of silver manufactured in Sheffield.

At this conference the energy was high during the whole time. Live music was a big factor-Gospel music at the welcoming reception and a live band playing show tunes at the Gala dinner-were all arranged by Jennie Levick, ICR director from Sheffield. The last speaker, Peter Lund Frandsen of Copenhagen, closed the conference by playing his saxophone as part of his presentation: “A New Light on Reflexology”. If you have a chance check out the conference on Facebook. 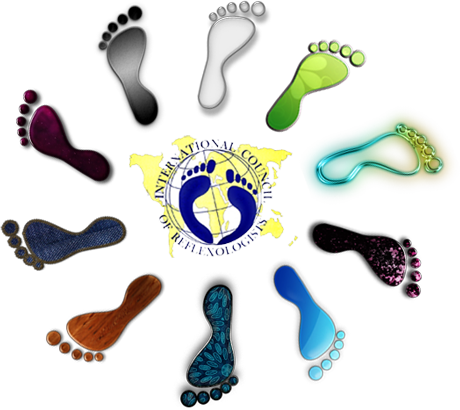 Sheffield is a city of around 500,000 with three universities about 160 miles northeast of London. The hotel conference venue was in the middle of town accessible only by walking. It was delightful to walk around and see the shops housed in buildings featuring older architecture. Other sites utilized included the Town Hall (the administrative government and where the welcoming reception attended my His Right Worshipful Lord Mayor Talib Hussain was held). The City Hall (the convention center) where concerts are performed by world-class artists/musicians was the site of the ballroom that housed the gala dinner.

The conference began with the usual presentation of flags by representatives of the 21 countries in attendance. Over the three days the speakers in order of presentation included: Fr. Josef, Taiwan (A Reflexology Adventure); Hamish Edgar, UK (Limbic Reflexology); Professor Nicola Robinson, UK & Leila Eriksen, Denmark (Research and Strengthening Reflexology in Integrated Healthcare); Henrik Hellberg, Sweden, (Deep Brain Reflexology with Ortho Bionomy); Vera Krijn, USA (Conditioned Response Reflexology); Sally Kay, UK (Management of Secondary Lymphoedma in Patients Affected by Treatment of Breast Cancer); Spiros Dimitrakoulas, Greece (Throw Away Energy and Reflexology Charts for Awhile); Lynne Booth, UK ( VRT Techniques in Sports Injury); Marie France Muller, France (Facial Reflexology: dien ‘cham’); and Peter Lund Frandsen, Denmark. There is not space in this article to offer notes on the presentations. However, if you are interested in the Sheffield presentations, order a CD from ICR: www.icr-reflexology.org. In addition there were poster presentations and vendors.

When asked why they attend most remark: “For the networking and connecting with like minded people from all over the world who share the same passion.” One person from South Africa explained, “This is my food! We maybe work and share with others in our own country or feel we are working in isolation but this connects us with others around the work and I learn so much as I meet people.” For many it is the opportunity to learn new techniques that make them a better practitioner, plus they are happy to combine their learning with travel.

The conference closed in its tradition with the exit of flags and the singing of It’s a Small World. The lyrics go:

There is just one moon and one golden sun
And a smile means friendship to everyone.
Though the mountains divide and the oceans are wide,
It’s a small world after all.

It truly is a small world and in spite of the work involved ICR is pleased to be the only organization that brings reflexologists from around the globe together physically every other year.

The 2017 conference is slated to be held in Taipei, Taiwan. If you begin now by saving the payment of one session a week you will have saved enough to attend! So mark your calendar and make your plans.

By Christine Issel
Winter 2015
Vol. 2 of Reflexology Today, the journal of the ARCB