Bill Flocco, Founder/Director of the American Academy of Reflexology, has been a teacher in the fields of health and education for over 57 years. Bill has taught “The Flocco Method: Integrating Foot, Hand & Ear Reflexology” on four continents, in Australia, Canada, China, Denmark, Germany, the Netherlands, New Zealand, Switzerland, and across the USA. He is past President of the International Council of Reflexologists, Founder of World Reflexology Week, author of Reflexology Books, Workbooks, Manuals, is a leading published Reflexology Researcher, and strong advocate on behalf of the Reflexology Profession. 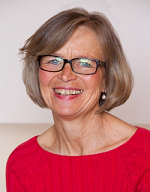 Helga Dittmann ND Helga is a practicing Naturopathic Doctor in Germany, has had a thriving reflexology practice in Central & Southern Germany since 1984, developed Emotional Release Reflexology in 1998 and since then Helga has taught ERR extensively in Europe – Germany, Luxembourg, Portugal, Slovenia, as well as in the USA. Helga is an Academy Graduate, Past President of the German Reflexology Association & the Reflexology in Europe Network, RiEN, and is widely known as an innovative, compassionate, attentive, insightful and highly skilled instructor. 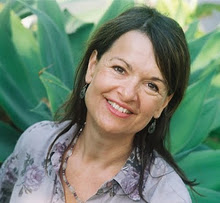 Maryejo Del Meijer is one of the world’s leading experts in the natural science of Metamorphosis. Maryejo has a BA in Early Childhood Education, a Masters Degree in Spiritual Psychology, and another Masters Degree in Family Counseling and is certified Body Worker. Maryejo has the unique distinction of having lived with the Robert St. John family for two years. St. John discovered and developed the Metamorphic Technique and personally instructed Maryejo in this gentle, yet profoundly powerful method. As a practitioner of Metamorphosis for over twenty-five years, she is remarkably perceptive and unique in the field of Metamorphosis. 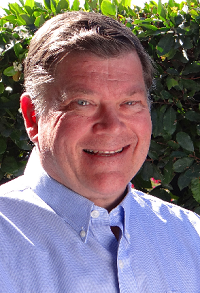 Paul Harvey has studied with a number of Reflexology teachers, and is a graduate of the Academy. Paul is Past Chairperson of the National Health Federation, Past Board member of the Reflexology Association of California, and has been a consultant to the Reflexology Association of America. He maintains a thriving Reflexology practice and works as a Reflexologist with a team of five Doctors at the world famous Whittaker Clinic in Southern California. With extensive experience as a Clinical Reflexologist, Paul teaches a variety of “Condition Specific” workshops, with Foot Hand Ear Reflexology, as well as Post Traumatic Stress Disorder and Proprioceptive Neuromuscular Facilitation with Reflexology.

Robin Varga Robin earned her Full Reflexology Certificate from the American Academy of Reflexology in 1994 and has been teaching Academy classes in various parts of California and other states ever since. Robin teaches Beginning Foot Hand Ear Reflexology, Spa Reflexology, and the Full Certificate Course in Northern California. Her enthusiasm, combined with a full time Reflexology and massage practice, give her a rich range of experiences to help your learning be enjoyable, practical, and deeply rewarding. Robin is Past President of the Reflexology Association of California (RAC) and for years was active on RAC Legislative Options Committee.